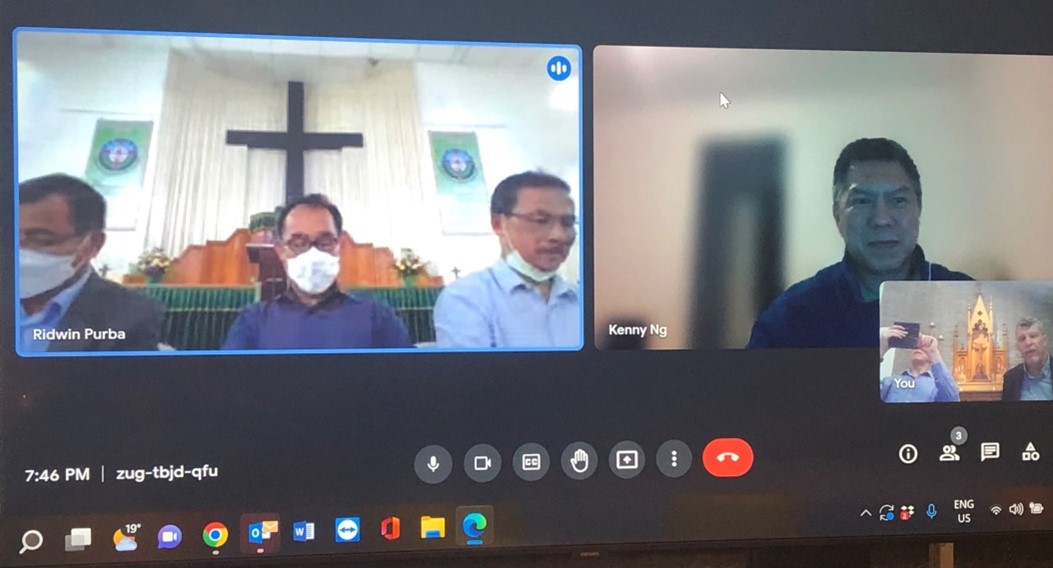 St Paul’s Box Hill congregation has been discussing and discerning the call of Jesus to us in mission.  His words in Acts 1:8 have been a focus “But you will receive power when the Holy Spirit comes on you; and you will be my witnesses in Jerusalem, and in all Judea and Samaria, and to the ends of the earth.”

The congregation has pondered what we can do to share the love of Jesus in our local situation (our Jerusalem), in distant and unfamiliar places (Judea and Samaria) and in those far flung places around the world (and to the ends of the earth).

Building relationships and partnerships in the gospel (Philippians 1:3-6) has been a guide and motivation.

The initial step has been taken to build such a relationship with GKPS (Simalungun Protestant Christian Church), Jalan Jenderal Sudirman – in Pematangsiantar, North Sumatra, Indonesia (through a connection made by St Paul’s Pastor Neville Otto in his previous role as International Mission Director, LCANZ.)

Originally formed out of the Spirit led efforts of a German missionary in the early 1900’s, the congregation has continued to grow in the Lutheran traditions with a membership base of over 2000.  Of North Sumatra’s population of around 15 million people almost a third are Christian (principally protestant) with Pematangsiantar (300,000 population), the second largest city. The Simalungun are an ethnic group of the Batak peoples whom make up the largest proportion of the North Sumatran population.

In late October, in an on-line meeting, members of the St Paul’s Mission Co-ordinating Team joined Pastor Neville as he rekindled acquaintances with representatives of GKPS, including Dr Ridwin Purba (a leading layperson in the congregation), pastors and senior leaders.  The building of new relationships was evident as we shared the stories of our congregational life, with the use of on-line media certainly proving that the ends of the earth are not so far away at all!

In committing to further on-line discussion, there is a willingness to continue towards a closer partnership in sharing the gospel, learning from each other in ministry and mission, keeping our congregations in prayer and developing new ways for joint congregational involvement.

In faith, we look forward to the Holy Spirit’s leading and power, as together St Paul’s and GKPS, witness to the gospel.